I want to Smash.

Ew, not like that, you pervert. I meant that I want to play Super Smash Bros. Since the latest installment of Smash was released last fall, my controller has been glued to my hands (I may need surgery to remove it).

It’s hard to admit, but I’ve spent more time with my favorite characters than I have spent with my family. I feel as though my bond with these virtual fighters transcend the boundary between the real and digital world.

As I control their movements, I tell them, “Don’t worry, I’ll help you get through this fight. We can do it together.” I speak through button inputs and we converse with combos. They praise me with victory and they teach me through defeat.

I’ve spoken their language since 1999, but I wish they could speak mine.

I know! I will write a letter to them and post it here. If somehow, someway these digitized words travel through the most inner tubes of the internet, I can let my most favorite Smash companions know they are excellent fighters and they are appreciated.

This series of blog posts will be labeled “Write to Smash.” I’ll start off with a letter to one of my main characters.

We met 16 years ago in the first generation of Super Smash Bros. From the start, I knew you were special—you were the most difficult character to unlock for my eight-year-old self. I didn’t know much about you because I didn’t own any of your games. I did, however, learn about you though your play style. Your baseball bat and yo-yo showed me that you like playing games like any other kid. 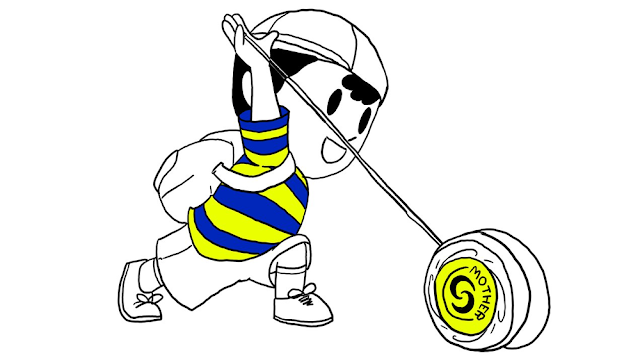 But your psychic powers showed me that you aren’t like any other kid.

We were acquaintances back then. I spent most of my time around Pikachu and Captain Falcon. Their speedy style suited my personality. I was an eight-year-old with too much energy and not enough patience to learn your techniques. Even today, I’m still getting used to your powers.

In the latest Smash title, we developed a floaty style that relies on heavy aerial attacks. When we knock our opponents airborne with our yo-yo, we spam them with PK Thunder. As they fall towards us to avoid being juggled, we redirect the PK Thunder to ourselves, launching our electrically charged body into our opponent for a sure KO. Sure, our strategy borders on gimmicky. But if it works, it works.

We can always use the salt from our opponents to season our sweet victory. Who doesn’t love a sweet and salty mix?

I’m embarrassed to admit that I didn’t appreciate you at first, Ness. I knew you were from a game called Earthbound for the Super Nintendo, but I never had the opportunity to play it. Earthbound was initially a commercial failure in the US due to poor marketing. After your Smash debut, demand for Earthbound soared and it soon became expensive and inaccessible. It wasn’t until 2013 that I finally downloaded a virtual copy of the game to try it out.

I knew you starred in an RPG, but I didn’t know it would be so quirky and memorable. The world is vibrant and expansive, but it also carried dark undertones. I got to know your friends, family, and even your enemies. It all began when we found a mysterious meteorite. We learned that a powerful alien named Giygas is trying to take over the world. According to Buzz Buzz, a bee from 10 years into the future, we were humanity’s only hope. Of course we were.

We saved a town from zombies, we explored pyramids, we navigated through caves, and we fought dinosaurs. We eventually shed our mortal bodies to travel back in time to battle Giygas in The Cave of the Past. At our darkest moment, when our chance for success was bleak, you acknowledged my presence behind the controller. You called upon me to help you in a way that I had never experienced before in a video game. You and I defeated Giygas and saved the world.

Ness, I depend on you in Smash as much as you depended on me in Earthbound. Your techniques and abilities create music; I am simply a conductor. Together, we produce the symphony of our enemy’s destruction.

If there’s one thing I would ask of you, it’s this: keep your head down so you don’t get nerfed in a future update.